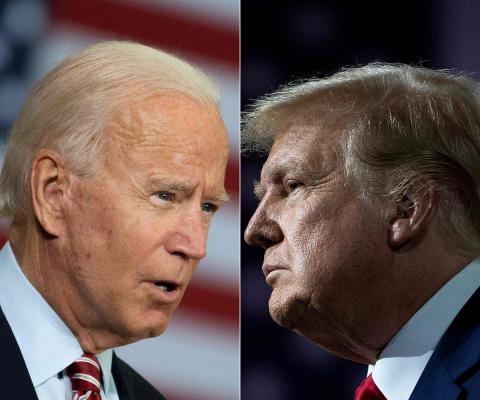 Two weeks before the polls, the contrast in campaign strategies between Trump, 74, and Biden, 77, has never been more pronounced: the Republican president led another rally in the battleground state of Pennsylvania on Oct. 20, while Democrat Biden stayed mostly out of sight ahead of a pivotal televised debate later in the week.

Polls show Biden ahead and, with the clock running down, he appears confident.

In any case, few could ever out-campaign Trump, who has rediscovered his old energy with daily, sometimes twice-daily, rallies around the country since recovering from COVID-19 just over a week ago.

His latest rally was in Erie, a former Democratic stronghold that he won in 2016, symbolizing his successful capture of the white working-class vote that had long been loyal to the left and which Biden has been trying to claw back.

Trump's message with a fortnight left to go has boiled down to a mix of optimism, telling Americans that the coronavirus pandemic is practically over, and ever more extreme attempts to tar Biden as corrupt - even saying Tuesday that he wants the attorney general to open an investigation ahead of the election.

But, underlining how hard it is for him to escape the subject of the COVID-19 crisis, Trump's wife Melania canceled plans to accompany him to Pennsylvania at the last minute, complaining of a "lingering cough" following her own bout with the virus.

This was to have been her first appearance alongside Trump at a rally in more than a...