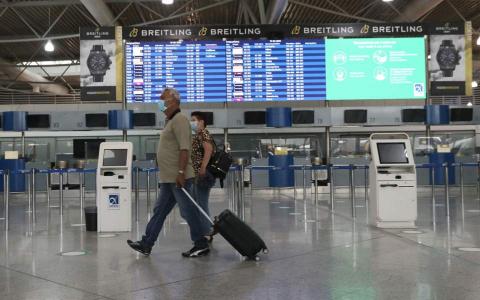 Greek tourism revenues amounted to 1.37 billion euros in the month of August, below estimates from the government and the Greek Tourism Confederation for takings of €1.5 billion. Over the first eight months of the year revenues reached €2.68 billion.

The huge gap with previous years in revenue terms becomes obvious through the comparison of this August's takings with those of the same peak month in 2019 (€4.1 billion) and 2018 (€3.6 billion).

Bank of Greece data for the January-August 2019 period had shown tourism revenues of €13.2 billion, up from €11.6 billion in 2018. It therefore becomes obvious that the takings of this year's first eight months amounted to roughly the revenues from about 15 days in August 2019.

The lost revenues for the Greek economy from tourism this year amounted to €10.52 billion until end-August. The drop of net revenues from travel...