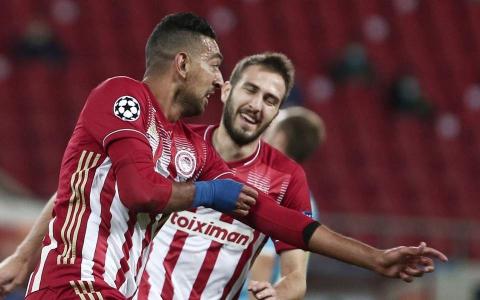 Hassan, who came on for Giorgos Masouras in the 84th minute, headed home an inch-perfect cross by former Marseille forward Mathieu Valbuena after a dominant Olympiakos had missed a string of chances.

In a dour first half, Yann M'Vila volleyed over the bar and Youssef El-Arabi had a close-range shot blocked for the home side, while Florian Thauvin fired just wide at the other end.

Olympiakos had a goal scrapped for offside after a VAR check in the 52nd minute, with Masouras sweeping in a rebound after Marseille keeper Steve Mandanda parried Valbuena's stinging low shot.

Lazar Randjelovic hit the post for Olympiakos in the 69th minute before the outstanding...

Greek art flying off the block