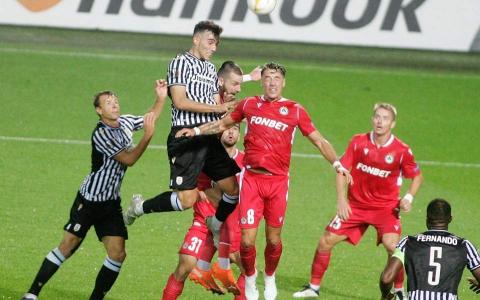 On a poor night for Greek teams in Europe, PAOK stumbled at home against Omonia Nicosia and AEK suffered a bad loss at Braga for the opening round of group games for the Europa League.

In what was supposed to be its easiest home game in its group, PAOK dropped two points against Omonia drawing 1-1 and has to work very hard to make up for this in the future.

The Cypriot side, that also gave Olympiakos quite a hard time in the Champions League qualifiers, took a first-half lead through Frenchman Eric Bautheac. PAOK only got to equalize with Thomas Murg early in the second half, but could not find a winner.

AEK lost 3-0 in Portugal to a superior Braga that made the Greeks pay for their errors. A question mark arises over the performance and behavior of AEK strikers Nelson Oliveira and Marko Livaja, as well as the way coach Massimo Carrera is handling the team.