In Montenegro, Hopes Fade for News of the Wartime Missing 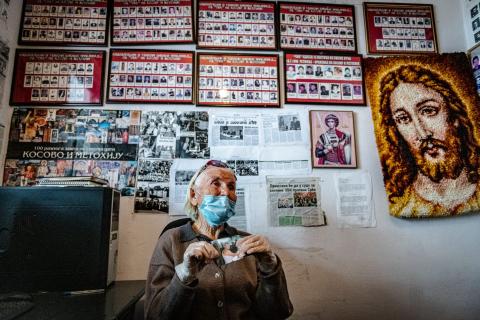 When Yugoslav forces withdrew to Serbia after Slobodan Milosevic capitulated to NATO's bombing campaign, Serbs and other non-ethnic Albanian residents of Kosovo feared revenge attacks from the fighters of the Kosovo Liberation Army and decided to leave. But Petrovic's brother insisted on staying.

"Even though I told him we were not safe from Albanian paramilitary troops, Slobodan decided to stay at home. He wasn't involved in the Kosovo war, not even mobilised, so he believed that everything would go back to normal in Djakovica," Petrovic told BIRN.

It is still unclear who seized his brother. "I never saw him again. I heard that paramilitary troops took him to Albania. I don't believe he is alive anymore," he said.

Slobodan Petrovic is one of 51 people from Montenegro who are still listed as missing from the wars in the former Yugoslavia.

According to the International Commission on Missing Persons, 39 of them went missing due to the conflict in Kosovo, nine in Bosnia and Herzegovina and three in Croatia.

They make up a small proportion of the 11,000 individuals who remain missing from the 1990s wars, but their relatives are upset that the Montenegrin authorities have not done more to establish their whereabouts.

Milica Bozovic has been waiting for news of her husband Panto for more than two decades after he also disappeared in Kosovo.

She recalled how, on July 19, 1999, more than a month after the war ended, Kosovo Liberation Army, KLA fighters took the 60-year-old Panto Bozovic from his friend's house in Orahovac/Rahovec for questioning.

"Six soldiers in KLA uniforms called him outside and took him away. It was dark so I couldn't see their faces. I asked [NATO's Kosovo force] KFOR and the [Kosovo] Albanian...