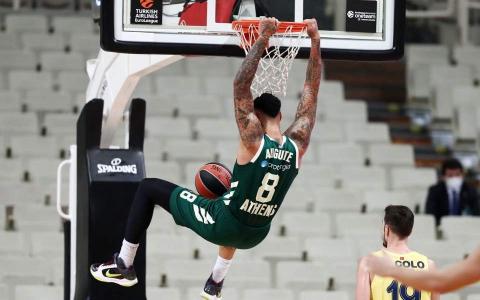 Home advantage made the difference for the Greeks in the Euroleague, as Panathinaikos defeated Fenerbahce on Thursday at home and Olympiakos went down at Bayern Munich.

Panathinaikos is on a 2-2 record after it saw off its Turkish visitor with an 82-68 score at the Olympic Sports Hall, in a match where the Greens produced their most convincing performance to date this season.

They led throughout the game banking on their defense that in the three out of the four quarters (the third being the exception) contained the Turkish team, which had its coach, Igor Kokoskov sent off from the first half for dissent.

Nemanja Nedovic was outstanding for the Greeks with 28 points and seven triples, in a game with three Antetokounmpo brothers attending from the stands.

Olympiakos, on the other hand, faced in-form Bayern in Munich and lost 74-68 for its second loss in...