Anti-drone shield to be installed over Parliament 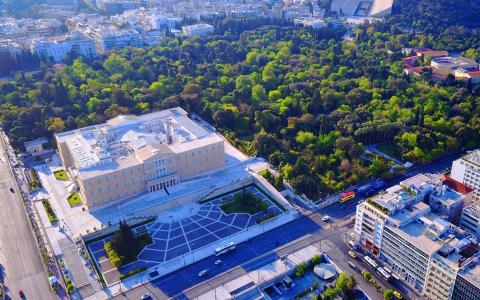 The Hellenic Police (ELAS) plans to create an anti-drone shield over Parliament and other government buildings in Athens to prevent possible air attacks with the use of unmanned aircraft.

The procedures for the procurement of the system began late last year with a decision by Citizens' Protection Minister Michalis Chrysochoidis after consultations with the authorities in charge of guarding the most sensitive government buildings in Athens. The proceedings to procure the systems are now, reportedly, in the final stages.

Greek officials have reportedly attended demonstrations of such systems in Athens and held contacts with members of the European Commission, as well as with Spanish officials who have already installed similar systems in government buildings in Madrid.

France's police and armed forces also have anti-drone technology. It was widely used during...