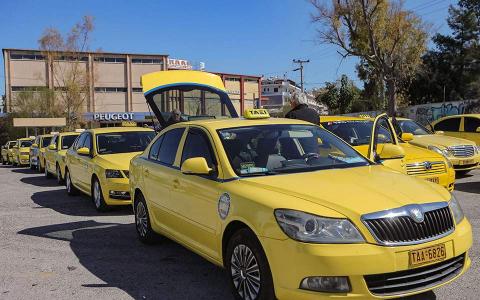 As part of an initiative by City Hall aimed at facilitating both commuters and taxi drivers in downtown Athens, six new taxi ranks are being set up in key streets.

The new ranks - which come in addition to an existing five - will be on Sofokleous, Evripidou, Omirou and Sina streets, as well as at Monastiraki and Agion Asomaton squares.

The initiative to create the new ranks comes as police continue to crack down on illegal parking by taxi drivers in pedestrianized areas, notably the new car-free zones that have been created as part of the Athens municipality's Grand Walk network of pedestrianized streets and bicycle lanes.