Croatia to Finally Give Welfare Benefits to Civilian War Victims 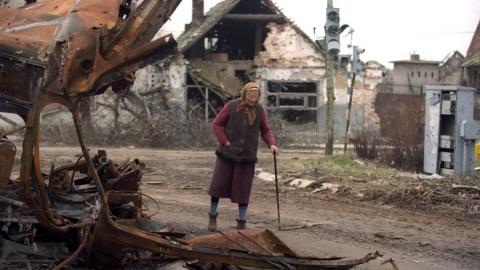 Twenty-five years after the war in Croatia ended, a law that will set out the rights of civilian victims of the conflict, parents of children who were killed, children of parents who were killed and families of missing persons has finally been drafted, and the Croatian government expects it to be passed by parliament by the end of the year.

The law will provide financial compensation for people who became disabled as a result of the war or people who lost family members, as well as funding specific items like prosthetics.

Branka Vierda from the Youth Initiative for Human Rights campaign group said that despite the very long delay, this is good news.

"A complete legal solution that regulates the exercising of rights and the acquisition of status for a specific group - civilian victims of war - has long been expected and is worth adopting even 25 years after the end of the war," Vierda told BIRN.

Online public debate on the draft legislation ended last Saturday, and many organisations involved in the issue have welcomed it, but some have warned that it could deprive some war victims of their rights to financial compensation, orthopaedic aids and priority status for employment and accommodation in care homes.

Civilians' limbs worth as much as war veterans'

A funeral ceremony for a war victim in Podravska Slatina in Croatia in December 1991. Photo: EPA/PAUL JENKS.

Julijana Rosandic from the Union of Associations of Civil Victims of Croatian Homeland told Croatian newspaper Vecernji list in October that she is satisfied with the draft legislation, noting that it is "crucial that it provides compensation for the loss of a family member".

Under the new law, relatives of civilians who...