The last warning to the citizens of Serbia; "There is no other way" 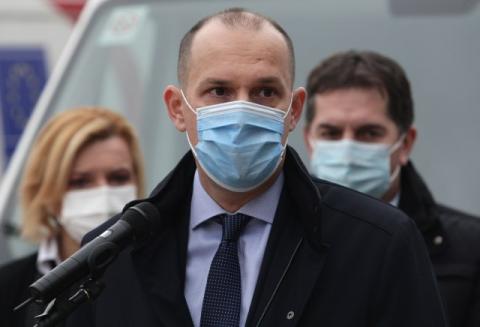 He also stated that Nika Banja will be turned into a COVID hospital.
According to him, curfew is not a magic solution and that was not the topic of today's session of the Crisis Staff. "Breaking contacts is the only remedy for reducing numbers," Loncar added.
At the press conference on the occasion of the European donation of protective equipment and ambulances, Loncar said that at the session of the Crisis Staff, the state of the epidemic was cut and a proposal for new measures was determined, but he could not announce them, because they are waiting "for doctors from the Crisis Staff to put them on paper", and to consult with lawyers to see if the measures are in line with the law.
"The fact is that these numbers that we have today are a consequence of non-compliance with the measures. Whatever measures you take, it takes seven to ten days to see the result," Loncar said.
He said that curfew is not a "magic solution" and stressed that it is necessary for citizens to understand that its introduction is necessary, if they do not understand before that it is necessary to cut off contacts.
He stated that the capacities in the Belgrade hospitals were completely filled, and that two wards in the Clinical Center of Serbia were introduced into the COVID system.
"We are in the phase that the virus has entered the families, and that is a higher risk than the one we had in the previous period. And this can only be prevented by breaking off contact. There is no other way," he said.
When asked whether private health care will be included in the fight against the epidemic, Loncar answered that everyone is welcome and that every person who had the desire to participate in the fight should be allowed to join. Speaking about seasonal flu...