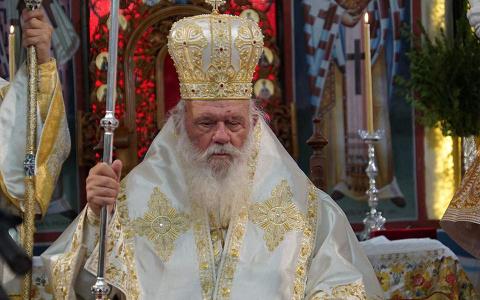 Doctors at the Greek capital's Evangelismos Hospital continued to describe Archbishop Ieronymos' condition as "stable" Saturday, saying that he was responding well to treatment.
Ieronymos was hospitalized on Thursday after testing positive for the novel coronavirus.
Despite presenting only mild symptoms, his doctors decided that it would be best if the 82-year-old were kept under close medical surveillance in augmented care.
According to reports, the archbishop asked doctors that his driver and confidant of many years be allowed to sit with him during his ordeal.