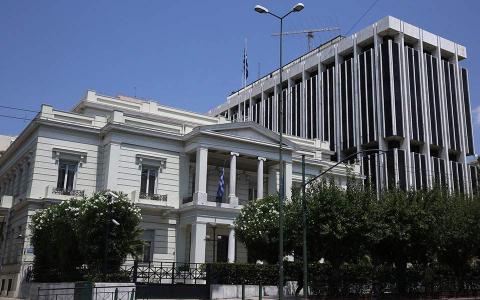 Greece's Foreign Ministry has urged Turkey to revoke an "illegal" Navtex extending the activities of its Oruc Reis research vessel in the Eastern Mediterranean through November 29.
In a statement Saturday, the Foreign Ministry said that the Turkish Navtex had reserved an area overlapping Greece's continental shelf in violation of the international law of the sea.
Turkey's moves, the ministry said, undermine peace, security and stability in the region.
The ministry warned that Turkey was once again disregarding calls by the international community and the European Council to refrain from illegal actions that fuel tensions in the region.
It added that actions of this sort undermine prospects for an improvement in EU-Turkey ties at a time when Turkish officials assert that bloc membership remains Ankara's "strategic" priority. The remark was an apparent reference...