In an interview with the Guardian, Derek Cholet, a senior adviser to U.S. Secretary of State Antony Blinken, said the United States was determined to regain Bosnia and Herzegovina from being "on the edge" amid "secessionist threats by Serbian nationalists and that sanctions were among the options which they are considering".

They will discuss military tensions and other issues in Ukraine via a video link.
The U.S. President wants to talk with Putin about the deployment of Russian forces on the border with Ukraine, Reuters quoted an unnamed source from the American administration as saying, but also about strategic stability, cyber security and regional issues.

Turkey's first choice is to be in the U.S. F-35 fighter jet program, and its exclusion from the program due to CAATSA sanctions is an unfair and unlawful practice, the country's presidential spokesperson said on Nov. 4.

Istanbul's Fener Greek Patriarch Bartholomew met with senior officials including President Joe Biden during his 12-day visit to the U.S.

Biden and Bartholomew "discussed efforts to confront climate change, steps to end the global COVID-19 pandemic and the importance of religious freedom as a fundamental human right," according to a statement from the White House.

President Recep Tayyip Erdoğan on May 25 warned that Islamophobia was fueled by public authorities and spreading, especially in the Western countries.

"Although westerners want to soften racism against Muslims [calling it] as Islamophobia, we know that it is enmity against Islam," Erdoğan said, speaking at the first International Media and Islamophobia Symposium.

US President Joe Biden's national security adviser, Jake Sullivan, and Turkey's presidential spokesman Ibrahim Kalin held a telephone call in what marks the first contact between the new American administration and Ankara, according to media reports.

No details were immediately available about the conversation.

An official of the American administration has only now confessed that their soldiers also took part in the land invasion of Serbia and that they died in those battles. 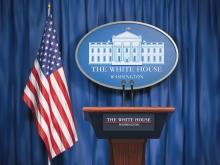 The White House has revealed that Western Balkans is among the six priorities of the new US administration. This means that Serbia must be ready for new challenges, primarily pertaining to the Kosovo issue, writes Sputnik.

President Klaus Iohannis, speaking today at the decoration ceremony of U.S. ambassador to Romania, Adrian Zuckerman, said that Romania remains a strong ally and a trusted friend of the United States of America.

Minister of Foreign Affairs Bogdan Aurescu on Monday received, at the headquarters of the Ministry of Foreign Affairs (MAE), the farewell visit of the Ambassador of the United States to Romania, Adrian Zuckerman, whose term in office has come to an end.