A 50-year-old woman in the northwestern province of Tekirdağ has become a trainee teacher in a kindergarten she donated to the Education Ministry in 2017 after studying pediatric development in a university for four years.

The Ata Ice Museum in the eastern province of Erzurum, one of the most important centers of winter tourism, is now welcoming visitors with new works of art.

Justice Minister Abdulhamit Gül on Dec. 25 announced that Ankara has started to hold talks regarding the extradition of a key suspect from Ukraine, in connection with the murder of Turkish academic Necip Hablemitoğlu.

Archaeologists have unearthed ancient toys dating 2,000 years back in the Hellenistic period in the ancient seaport of Parion, located in Turkey’s northwestern province of Canakkale.

Excavations in one of the most important coastal towns of the Hellenistic era, the ancient city of Parion in the northwestern Turkish province of Çanakkale's Biga district, have unearthed a 2,000-year-old feeding bottle.

Guided by Evliya Çelebi's "Seyahatname" (Travel Book), an excavation team in the eastern province of Erzincan's Kemah district has succeeded to unearth the longest water tunnels and a millennium-old Turkish neighborhood.

A painting said to be by Pablo Picasso was seized in the eastern Turkish province of Erzurum on April 6, the security forces have said, state-run Anadolu Agency has reported.

Teams from Erzurum's Provincial Gendarmerie Command said they learned that the painting was being brought to Erzurum from the eastern province of Van in an attempt to sell it for $5 million. 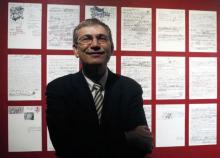 Nobel laureate Orhan Pamuk has said that recent investigations and detentions of academics who signed a petition calling for an end to security operations in the country's southeast did not suit Turkey, urging for a moderation. 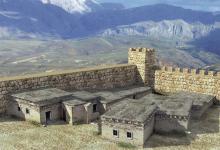 Excavation works carried out in the eastern province of Erzincan's Kemah district have unearthed a millennium-old Turkish neighborhood.