Serbian Foreign Minister Nikola Selakovic stated that the Belgrade government is considering the recall of its Warsaw Ambassador, Nikola Zurovac, who signed a letter of support to the Polish LGBT community without consulting the ministry or government.

Selakovic said he was supposed to be in Poland now, but that Polish officials had now cancelled his planned meetings in Warsaw.

The Court of Appeals in Pristina on Tuesday confirmed the third version of the indictment accusing six people of being part of an alleged organised criminal group that was responsible for the killing of Kosovo Serb political party leader Oliver Ivanovic in January 2018, clearing the way for the start of the trial.

Six suspects accused of involvement in the murder of Kosovo Serb politician Oliver Ivanovic, the leader of the Freedom, Democracy, Justice party, was gunned down outside his office in January 2018, pleaded not guilty at Pristina Basic Court on Friday.

Her commitment to human rights then led her to Front Line Defenders, an organisation she herself founded in 2001 and played a key role in as executive director for 15 years.

In May this year Lawlor, now 68, continued her professional path in the field, becoming the UN's Special Rapporteur on the situation of human rights defenders, HRDs. 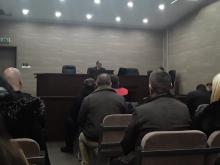 The start of the much-anticipated trial of six people accused of involvement in the murder of Kosovo Serb political party leader Oliver Ivanovic was postponed on Monday until February 11, 2020.

Syle Hoxha, the prosecutor working on the Oliver Ivanovic murder case, told BIRN on Tuesday that the probe has been widened to include two further suspects with possible links to organised crime. 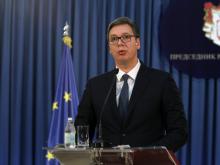 Kosovo Police said they raided Serbian Red Cross centres on the authorisation of the courts on Wednesday night in Prizren, Pristina, Pejë/Pec, Gjilan/Gnjilane and Mitrovicë/Mitrovica.

"Seized documents are suspected to be related to a census, considered suspicious and in contradiction to the law, as a census should be conducted by Kosovo institutions," the police press release said.