RS President Milorad Dodik said in an interview with DW that a referendum on the independence of the (Serb) entity is currently not an institutional topic.

He claims, however, that BiH (Bosnia-Herzegovina) will not survive in any form 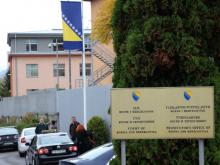 After criticism from Bosnian Serbs for alleged bias after the recent acquittal of Bosniak commander Naser Oric, the state court said it has also cleared 60 former Serb soldiers, police, officials and camp guards. 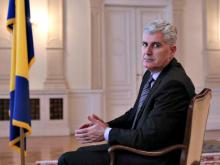 The chairman of the presidency of Bosnia and Herzegovina, Dragan Covic, announced on Wednesday that a planned working lunch in the town of Mostar with presidency members and the country's political party leaders has been cancelled.

The official reason given by Covic's office was the "inability of the participants to arrive".

The International Court of Justice in The Hague rejected the request for revision of a judgement submitted to the court on 25 February by Sakib Softic, in the name of the Bosniaks led by Bosniak member of the BiH Presidency Bakir Izetbegovic.

SARAJEVO - The Bosnia and Herzegovina (BiH) Presidency on Thursday failed to make a decision on a request for a revision of a genocide lawsuit against Serbia after Bosniak member Bakir Izetbegovic walked out of the body's session.

Speaking to reporters, Izetbegovic reiterated there was no need to decide on the matter as the Presidency had already done so in 2004. 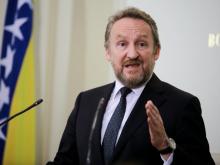 Bosnia and Herzegovina on Thursday filed a request for an appeal against the International Court of Justice's 2007 verdict which cleared the Serbian state of direct responsibility for genocide in Bosnia during the 1992-95 war. 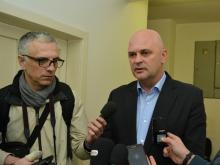 HDZ candidate Stjepan Boskovic was elected new-old mayor of Stolac and the HDZ also won 49 per cent of the votes for the town council.

BELGRADE - Alija Izetbegovic, former leader of the Bosnian Muslims, was the one who had masterminded Daesh [ISIS/ISIL/Islamic State] projects, President of Republika Srpska Milorad Dodik told Sputnik on Friday. 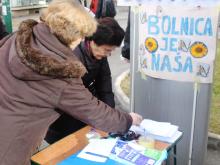 Campaigners against the closure have been gathering signatures and messages of support outside the General Hospital Abdulah Nakas since the start of this week to protest against the authorities' decision to move it from its current location and merge it into the University Clinic Centre of Sarajevo (UKCS). 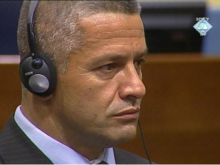 The Swiss authorities’ decision to extradite Srebrenica’s wartime Bosniak commander Naser Oric to Bosnia instead of Serbia has angered political leaders in Belgrade and Banja Luka.