The trial of Dalibor Krstovic, a Bosnian Serb fighter during the Bosnian war who is charged with raping a Bosniak woman in the town of Kalinovik in August 1992, started on Monday at the Higher Court in Belgrade.

The Bosnian state court in Sarajevo on Wednesday convicted Radomir Susnjar, alias Lalco, of involvement in wartime crimes in the Visegrad area in June 1992, including the murder of 26 civilians - one of them a two-day-old baby - who were locked inside a house that was then burned.

A court in Belgrade jailed former Bosnian Serb fighter Zeljko Budimir for two years for assaulting and robbing a Bosniak civilian in Bosnia's Kljuc municipality during wartime in November 1992.

Radomir Susnjar told the Bosnian state court on Thursday that he felt pity for the victims, but did not participate in the murder of 57 civilians in a house in Pionirska Street in Visegrad in June 1992.

"I do not feel guilty, because I am not the person who did that," said ex-fighter Susnjar.

The prosecutor told the Bosnian state court in his closing statement on Thursday that Radomir Susnjar, alias Lalco, should be given the maximum possible prison sentence for his participation in the murder of 57 civilians in a house in Pionirska Street in Visegrad in June 1992.

On February 27, 1993, Nail Kajevic waited in the southern Serbian town of Prijepolje for his brother Nijazim to arrive by train from Belgrade. But when the train arrived after some delay, his brother was not on it and the other passengers had a gruesome story to tell. 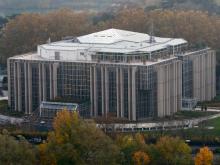 Interpol has issued a ‘red notice’ for the arrest of Zoran Stupar, one of four former Bosnian Serb fighters charged with crimes against humanity over attacks on Bosniak villages in the Vlasenica area of eastern Bosnia in 1992. 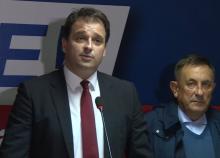 The main board of Bosnian Serb opposition party the Serb Democratic Party, SDS, met on Sunday but failed to resolve internal differences that have deepened since its election defeat earlier this month.

After a nine-hour session, the board finally agreed to hold internal party elections in December. 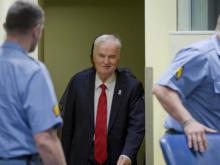 The UN court rejected a request from former Bosnian Serb commander Ratko Mladic’s defence to have three judges removed from his appeal against conviction because of their rulings in Srebrenica genocide trials. 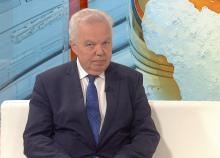 Russia's ambassador to Bosnia, Petar Ivanov, and Milorad Dodik, the Bosnian Serb President, have criticised the UK for "meddling" in the October general election campaign" after Britain's Defence Secretary, Gavin Williamson, recently announced that the UK will send 40 extra military personnel to counter any "malign external influence" and to ensure "free and fair" general elections in Bosnia.