Continuous hacker attacks have managed to block the online population census in Bulgaria, which began on Tuesday. On the third day, the system was down due to another large-scale denial-of-service (DoS) attack. 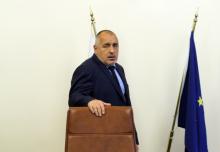 The head of the Bulgarian government's press office has warned that yet another plot has been carried out, aimed at tarnishing the Prime Minister's reputation, during the latter's visit to London on Wednesday and Thursday.

Like nobody else in Bulgaria MP Delyan Peevski "embodies the oligarchic system of clientelism," Der Spiegel says in a recent article.

Peevski is "the most flamboyant" Bulgarian politician, with supporters calling him "a child prodigy" and critics tying his success to close relations with the "political mafia," Der Spiegel writes [DE].