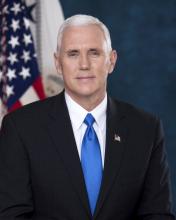 The United States will not allow Venezuela to collapse, assured Vice President Mike Pence, quoted by the France press and BNT.

Lawmakers gave near-unanimous approval to the bill, which represents a major step for LGBT rights on the island, which legalised divorce only in 2011 and where abortion is outlawed.

The Vatican treasurer and Australia’s most senior Catholic figure Cardinal George Pell has been charged with sex offences in Australia.
The charges relate to alleged “historical” incidents, police in the state of Victoria said.
The allegations were made by more than one person, said Police Deputy Commissioner Shane Patton.

On this luxuriantly green island on the northeastern edge of the Aegean, covered by pine forests, olive groves, citrus groves and vineyards, myth and history take on a special allure. This was the birthplace of the goddess Hera, Zeus’ wife; of Aristarchos, the celebrated astrophysicist who first expounded the theory of the earth’s rotation; and of the great mathematician Pythagoras.

A remnant of İzmir's Franciscan heritage, the Catholic Church of Santa Maria stands modestly near the city's most famous church, Saint Polycarp. Ever since its construction in 1341, Santa Maria's sober building has shaken with several earthquakes and stood against a few city fires. 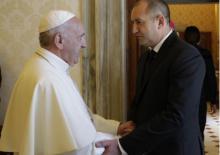 President Rumen Radev was received by Pope Francis, as traditionally each year the head of the Roman Catholic Church gives audience to Bulgarian representatives due to the Day of Slavonic Alphabet and Culture, reported BNR.

Radev gifted to the Pope with an icon of the Holy Brothers St. St. Cyril and Methoius who are also patrons of Europe for the Catholic Church. 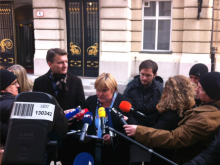 Conservative groups from Croatia and Serbia will take part in the 11th annual meeting of the World Congress of Family, WCF, in Budapest between Thursday and Sunday where a number of people from right-wing groups will gather.

Croatia's conservative NGO "In the Name of the Family" and Serbia's right-wing, anti-EU party Dveri both confirmed that their leaders will attend the event.

The feast of the great-martyr St. George the Trophy Bearer was celebrated with Byzantine grandeur at the Cathedral of Stockholm, which bears his name, on Sunday, April 23, 2017. Metropolitan Cleopas of Sweden and All Scandinavia presided over the archieratical Divine Liturgy, assisted by the Very Rev.

Greece occupies the disheartening 88th spot in the annual World Press Freedom Index, published by Reporters Without Borders (RSF). Greece managed to climb one spot compared to last year’s list among the 180 countries monitored by the organisation.