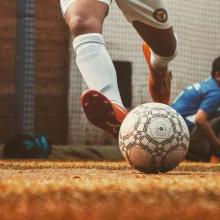 Brdo pri Kranju – The most successful Slovenian football referee Damir Skomina officially announced the end of his career at Monday’s press conference at Brdo pri Kranju. He stated that he wanted to stay in football, revealing that he would run for the presidency of the third division team Izola. 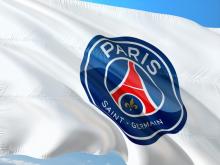 The UEFA Champions League is the most prestigious club football tournament all over the world. Unlike other events, this one takes place once a year and includes the best football clubs. Some of them receive a direct invitation to the competition, whereas others have to go through several qualifiers.

Moldovan football club Sheriff Tiraspol went through to the UEFA Champions League group stage after a goalless draw on Wednesday evening in the second leg of their tie against Dinamo Zagreb in Croatia. In the previous game in Tiraspol, Sheriff won 3-0.

Ludogorets was very close to the Champions League groups despite the 0:2 defeat in the first leg.

The Bulgarian champion beat Swedish Malmö 2:1 in the return leg of the playoffs of the most prestigious club tournament, but was eliminated with total results of 2:3 after the 0: 2 defeat a week ago in Sweden.

Moldova's Football Federation told BIRN on Friday that it was not aware of the situation with the Kosovar player for Croatian Dinamo Zagreb whose request for a Moldovan visa has been rejected.

"I don't know anything about any ban. It is the first time I hear about it. No one from Dinamo Zagreb contacted us in this regard," an official from the Moldovan Football Federation said.

The title race in the Turkish Süper Lig starts on Aug. 13 under the pandemic shadow and a major change in rules on foreign players.

Defending champion Beşiktaş hosts Rizespor in Istanbul in the Süper Lig's first game, hoping to pick up from where it left off. 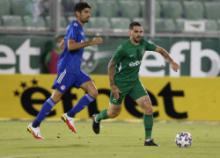 Ludogorets Razgrad, the champion of Bulgaria, beat Olympiakos in a penalty shootout after the teams were tied 3-3 on aggregate. Ludogorets benefited from the abolition of the away-goals rule this season, which would previously have sent Olympiakos through after the 2-2 second-leg draw. 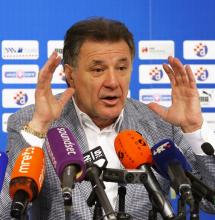