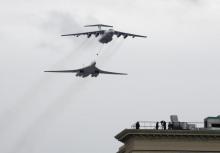 The maneuvers are also being carried out in response to the "collusion between Taiwan and the United States," said Spokesperson for the Chinese Ministry of National Defense (MND), Tan Kefei.

As announced, Prime Minister of Serbia, Ana Brnabi, and the Ambassador of the People's Republic of China to Serbia, Chen Bo, will welcome the new contingent of Chinese vaccines.
There were half a million doses of Chinese company vaccines on the plane. 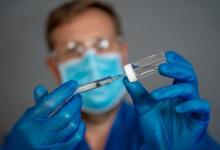 The new contingent of vaccines was welcomed by the Minister of Defense, Nebojsa Stefanovic, who especially thanked for the 200.000 doses donated by the Chinese army.

A contract with the Bulgarian company SAMEL-90 AD for the acquisition of combat vehicles for Bulgarian task forces will be signed at the Ministry of Defense today.

Vucic will, in addition to bilateral issues, talk with Xi Jinping and Vladimir Putin primarily about Kosovo and Metohija.

Do not underestimate tomatoes.

A book called "The Empire of the Red Gold" ("L'Empire de l'or rouge" in French) was strongly recommended to holidaymakers in France a few months ago. It's about tomatoes.

French journalist Jean-Baptiste Mallet pursued tomatoes for two-and-a-half-years, and traveled around the world from China to Italy, from California to Africa.

A hypothetical war between India and China would be one of the largest and most destructive conflicts in Asia. A war between the two powers would rock the Indo-Pacific region, cause thousands of casualties on both sides and take a significant toll on the global economy. Geography and demographics would play a unique role, limiting the war’s scope and ultimately the conditions of victory.

Relations between India and China have deteriorated in recent times. The two Asian neighbours have warned each other over the current situation in Doklam, an area near Sikkim that China claims as its own. India deployed soldiers in Doklam early in June in order to stop the construction of a road by the Chinese Army. New Delhi claimed that the Chinese action has security implications for India.

A high ranking official of the Chinese army has been quoted as saying that "war with the US under Donald Trump is 'not just a slogan'."

Instead it is "becoming a 'practical reality'," the British daily Independent has reported on its website, citing the South China Morning Post, which quoted the website of the People’s Liberation Army.

India and China, the two nuclear armed Asian neighbours, agreed on Monday to take necessary steps for maintaining peace along their 4,057km-long border.