The Culture Ministry has approved a proposal by the Central Archaeological Council (KAS) for antiquities unearthed during excavation work for the Thessaloniki metro to be removed and repositioned there at a later date. 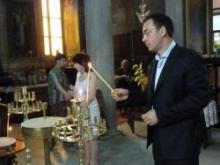 No surprises in Burgas - Dimitar Nikolov wins his fourth term with a crushing lead over his opponents, shows the data from the two independent exit polls following the vote in Burgas today.

Support for Dimitar Nikolov is between 64 and 67%. 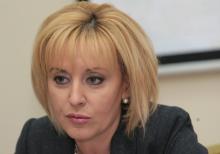 The Ombudsman will refer the postponement of the electronic voting to the Constitutional Court. The national Ombudsman, Maya Manolova, announced this intention at a discussion "For and Against Machine and Remote Electronic Voting", organized by Bulgaria for the Citizens Movement (BCM) on 26th of November, reports BNT.

The news agency announced this on Monday, citing a statement issued by its collegium.

"We call on the competent state institutions to find and punish anyone who sent threats to Dragan Janjic through social networks and published his home address, endangering his safety and that of his family," the statement siad. 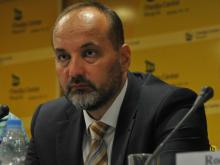 The chances of Serbia's opposition parties uniting into one formidable bloc have greatly receded after two key players, the Free Citizens' Movement and the Democratic Party, broke off their alliance.

The opposition was now in danger of splitting into two blocs, strengthening the hand of the government led by the Serbian Progressive Party, analysts told BIRN.

The entire party management is resigning. I, as chair of the BCM - also'', the leader of Bulgaria for Citizens Movement party (BCM) Meglena Kuneva stated during a briefing after an executive sitting of the party, according to Focus News.

Meglena Kuneva explained that the resignation was needed in order to share the responsibility of the election loss of Reformist Bloc. 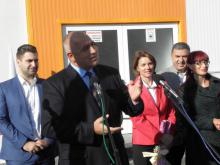 Former Bulgarian Prime Minister Boyko Borisov has admitted to being aware of irregularities in an operational program managed by the Education Ministry back in 2016, while he was in office.

Borisov, however, has made it clear he refrained from radical action on purpose to preserve the stability of the government.

Former Deputy Prime Minister and Education Minister Meglena Kuneva has said she will not be running to become a lawmaker in the snap vote on March 26.

At a press conference, Kuneva has also said she is giving the way to younger generations. 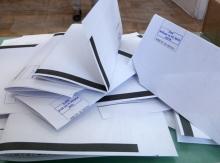 The Reformist Bloc (RB) coalition has tabled a regressive system for allocating subsidies to political parties per each vote in parliamentary elections.