The Constitutional Court in Sarajevo has rejected as unfounded Mate Baotic's appeal against the verdict from 2017 sentencing him to 13 years in prison for war crimes including rapes and the abuse of prisoners.

"The Constitutional Court has determined that there was no violation of the right to a fair trial," the court said in its decision. 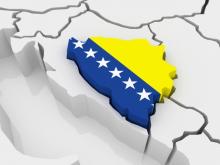 Constitutional Law Professor Vladan Kutlesic believes that from the point of view of law there is no possibility to challenge the decision of the Constitutional Court in Sarajevo that agricultural land in Republika Srpska is Bosnia-Herzegovina's property, but adds that the decision changes the provisions of the Dayton Agreement.