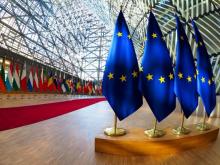 The prospects of the European economy were discussed by the participants in the panel "European Economy", coordinated by Tassos Anastasatos, Chief Economist of Eurobank and held at the 6th Delphi Economic Forum held under the auspices of of the President of the Republic, Katerina Sakellaropoulou. 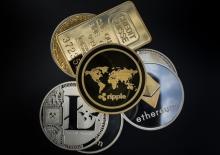 British finance minister Rishi Sunak told the Bank of England on Monday to look at the case for a new "Britcoin", or central bank-backed digital currency, aimed at tackling some of the challenges posed by cryptocurrencies such as bitcoin.

JP Morgan expects a new Greek entry into the markets in the coming weeks, either through the issuance of a new reference bond (5-7 years) or through the opening of bid books for existing securities (10 years), proposing a partial profit in view of the new offer of securities.

Ljubljana – The National Assembly elected in a secret ballot on Tuesday Tina Žumer a vice-governor of the Slovenian central bank and endorsed Anka Čadež’s appointment as director of the Securities Market Agency.

Žumer, who has been serving as a chief economist with the European Central Bank after a spell at the analytical department of Banka Slovenije, was backed by 60 votes to 21.

The European Central Bank published its new Economic Bulletin on Thursday, confirming that the coronavirus-related extension of restriction measures across the bloc is disrupting economic activity.

Ljubljana – The Institute of Macroeconomic Analysis and Development (IMAD) has upgraded its economic growth forecast for Slovenia for this year to 4.6%, to be followed by a 4.4% growth in 2022 and 3.3% in 2023.

Ljubljana – The Slovenian central bank held a virtual debate on Thursday which heard that, although payments in the eurozone are still mostly done in cash, the increasing digitalisation forces banks to consider introducing the digital euro.

Ljubljana – President Borut Pahor sent to parliament today a proposal to appoint Tina Žumer a vice-governor of central bank Banka Slovenije, while the nominee will present her bid to the public at the Presidential Palace tomorrow. Žumer is a former employee of Banka Slovenije who now works at the European Central Bank.

The Managing Director of the International Monetary Fund Kristalina Georgieva was ranked in 18th place in this year's Forbes' ranking of the World's 100 Most Powerful Women.

Ljubljana – After consulting heads of parliamentary factions, President Borut Pahor has narrowed down the list of candidates for consideration to put forward to the National Assembly in a renewed attempt to fill a vacancy on the governing board of the central bank and one on the Constitutional Court.