A strategy being drafted by the Development Ministry to promote innovative entrepreneurship includes joint investments by the New Economy Development Fund (TANEO) with business holdings funds, as well as tax incentives to attract foreign investments to newborn enterprises.

BELGRADE - The stickers with the Croatian flag used to cover the bilingual signs on government buildings in Vukovar, which were put there by members of an association of war veterans, confirm that Serbs are underpriviliged citizens in Croatia and that the law does not protect them, head of the Coalition of Refugee Associations Miodrag Linta said on Saturday.

SYRIZA accused Prime Minister Antonis Samaras on Friday of running scared after New Democracy rejected an appeal from the leftists for a televised debate between the two parties leaders, with the conservatives accusing the opposition of simply making the request for show. 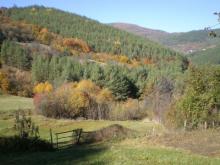 The European Commission has approved funding for 225 new projects under the LIFE+ program, the European Union's environment fund, Wednesday.

Despite the significant lag in public revenues, the state budget produced a primary surplus of 1.54 billion euros in the first quarter of the year, according to figures released on Tuesday by the Finance Ministry. 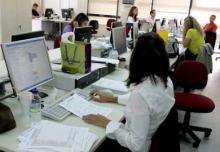 Some 500 private legal entities are to stop receiving public funding from Thursday after having failed to submit their details in time for a census being carried out by the government. 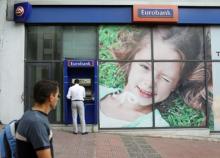 "The plan will enable the bank to become viable in the long term without unduly distorting competition,» the Commission said in a statement.

European Union banks will be ranked on how well they can withstand a 21.2 percent slump in home values, coupled with a surge in unemployment and plummeting economic growth, as part of the bleakest scenario in the most severe EU stress test to date.

Four of the candidates for the European Commission Presidency took part in a live-broadcasted debate in the Dutch city of Maastricht on Monday night.