G-7 finance ministers in the euro area will hold a conference call Wednesday to "coordinate their responses" to the impact of the coronavirus on the global economy, said French Finance Minister Bruno Le Maire.

"We will have that meeting by phone—because you need to avoid travelling too much - for the G7 to coordinate its response," Le Maire told France 2 television.

The G-7 countries plan to discuss a unified approach to the coronavirus, German Health Minister Jens Spahn said on Tuesday.

A spokesman for the Health Ministry confirmed that Spahn had told reporters that he had spoken to U.S. Health Secretary Alex Azar to look for a joint approach and they had agreed to hold a conference all among G7 countries, Reuters reported.

Bulgarian Deputy Minister of Foreign Affairs Georg Georgiev has had talks in Ottawa with David Morrison, Foreign and Defense Policy Advisor to Canadian Prime Minister Justin Trudeau. It was reported that lifting of short-stay visas for Bulgarians in Canada has opened up new opportunities for contacts between people and business, BNR reported.

Last night US President Donald Trump abandoned his plans to host the G7 summit in 2020 at his golf club in Florida after Democrats and others criticized the decision was a brazen attempt to use his position to benefit his private businesses.

On Monday, President Donald Trump told the Congress that the United States and Japan are ready to enter into a restricted trade agreement that will reduce some of the bilateral tariffs and set conditions for digital commerce, Wall Street Journal reports. 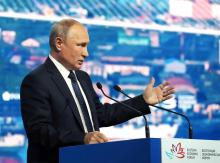 Russian President Vladimir Putin on Sept. 5 said Turkey could join the G7 nations alongside China and India, given its role in international affairs.

Brazil is ready to accept international financial assistance to extinguish the Amazon fires, but only if the country controls the funds. This was announced by the spokesman for the Brazilian president. So far there is no reaction from the G7 countries. On Monday, at a meeting in Biarritz, they offered $ 22 million to fight the Amazon fires. 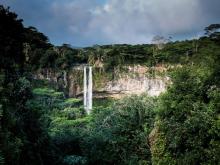 Brazil is open to receive financial assistance from organizations and foreign countries to fight the fires in the Amazon.

This was announced by a government spokesman after the Brazilian authorities had earlier rejected the G7 proposal. The condition, however, is for Brazil to decide for itself how to use the funds.

The first lady of the United States, Melania Trump, hasn't had any secret meetings with the North Korean leader Kim Jong-un, the Associated Press reported. The White House made a statement on the matter after a press conference in France, where it attended a G7 meeting, President Donald Trump said the first lady "met" Kim and believes his country "has tremendous potential."