G7 foreign ministers on April 10 began two days of talks in Hiroshima, with John Kerry's visit to the atom-bombed city -- the first-ever by a US secretary of state -- overshadowing the broader agenda. 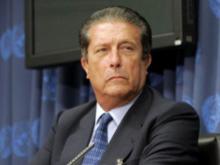 Former Director-General of UNESCO Federico Mayor opposes Kosovo's membership in the organization, and stresses that the UN is in need of deep reforms.

The G7 group of leading economies, European countries and Gulf states pledged $1.8 billion in funding on Sept.29 for UN aid agencies struggling with the worst refugee crisis in 70 years.

Mark Karpeles, the head of defunct Bitcoin exchange MtGox, manipulated its computer system at least 30 times over a couple of years, a report said August 3, as Tokyo promised greater efforts to regulate the digital currency.

Canadian Prime Minister Stephen Harper on August 2 called general elections for October 19, kicking off a campaign for a fourth straight term in power amid a sluggish economy.

A teleconference of G7 leaders will reportedly take place on Sunday with the focus squarely on the Greek issue, in light of the shock decision by the Tsipras government to call a referendum next Sunday on creditors last (and recently withdrawn) proposal to Athens.
The report was circulated by the German media outlet Handelsblatt.

The US government was hopeful that a deal between Greece and its lenders would be achieved before June 30, when the cash-strapped country?s aid program ends. 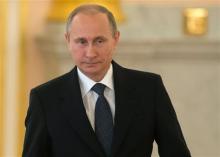 President Vladimir Putin will be on the lookout for signs of dissent over European Union sanctions on Russia when he visits Italy on June 10, but he is likely to be disappointed. 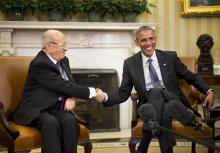 US President Barack Obama on June 8 tapped Syria envoy Daniel Rubinstein to become the next ambassador to Tunisia, a sign of the North African country's growing strategic importance.

The White House issued a statement announcing that Rubinstein, a senior diplomat, would leave his post as the administration's point man on Syria, a role he began in March 2014.