Serbia has followed "most" Venice Commission recommendations about its constitutional amendments - but the risk of politization of main judicial bodies still need to be reduced, the constitutional law advisory body of the Council of Europe said in its urgent opinion issued Wednesday. 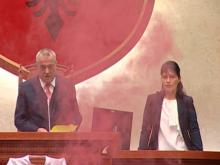 The Albanian parliament was blanketed in pink smoke on Monday as the ruling majority voted for the appointment of the new temporary prosecutor general, after opposition MPs set off smoke bombs in an attempt to stop the move, claiming it was unconstitutional.

Clashes erupted on Monday as thousands of opposition supporters protested outside the Albanian parliament in a bid to stop the ruling majority electing a new temporary general prosecutor.

The protesters clashed with police, who used tear gas in a bid to subdue them. Some people were reported to have been injured. 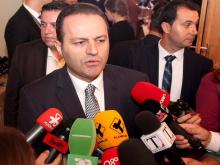 The five-year mandate of the General Prosecutor in Albania is ending without any agreement on a successor, which is expected to add to the existing tensions between ruling and opposition parties.

Adriatik Llalla assumed his five-year post on December 7, 2012 after serving as head of the High Inspectorate for the Declaration and Audit of Assets. 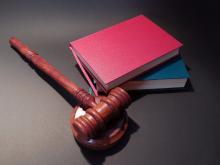 Albania's long-awaited Special Prosecution Office, SPAK, tasked with investigating high-level cases of corruption and organised crime, has yet to be established even though its formation was approved in August last year.