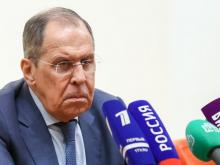 Russian Foreign Minister Sergei Lavrov's visit to Serbia has been cancelled after countries around Serbia closed their airspace to his aircraft, a senior foreign ministry source told the Interfax news agency on Sunday.
"Those reports are accurate," a high-ranking source in the Russian Ministry of Foreign Affairs told Interfax today. 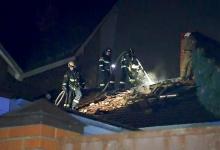 A fire apparently started by an overloaded ventilator killed five novel coronavirus patients in an intensive care unit in a Russian hospital on May 12, news agencies reported.

Russia's emergency ministry confirmed the death of intensive care patients in a hospital in the city of St. Petersburg but did not say how many people had been killed. 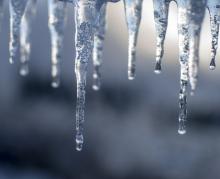 At least eight people have died in cold weather over the weekend in Poland, officials say.

The deaths bring the total number who have died due to the cold since November to 48.

A fire has broken out in the basement of Russia’s Foreign Intelligence (SVR) building in Moscow, trapping three, according to Russian media.

The building located on Moscow’s Ring Road is closed to outsiders. The staff has been evacuated but a repair crew could be trapped in an underground tunnel, an unnamed source told the Interfax news agency.

An explosive device has been made safe in a flat in St Petersburg by Russian police, three days after a suspected bomber on the city’s metro killed 13 people.

Neighbours were moved away and witnesses said three men were led out in handcuffs, the news agency added.

The Russian Foreign Ministry on March 20 said it had summoned Israel's ambassador to the country over air strikes close to Moscow's forces near the historic Syrian city of Palmyra.

Turkey and Russia have agreed on the terms of a proposed ceasefire in Syria, where they back opposing sides in the civil war, Turkish state media report.
The Anadolu news agency cited an unnamed source as saying the two states were working to ensure the ceasefire would start after midnight (22:00 GMT).

A "Russian civilian plane... crashed in the central Sinai," the office of Prime Minister Sharif Ismail said in a statement.

A cabinet statement said Egyptian military planes have spotted wreckage of the plane.