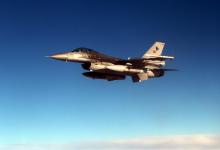 Turkish jets have neutralized eight PKK militants in an operation in northern Iraq, the country's Defense Ministry announced on Feb. 15.
The militants were neutralized in the Hakurk region, with a senior member of the terror group among them, the ministry said on Twitter.

Turkey on Feb. 12 deported a terrorist to their home country of Germany, the Interior Ministry said.

It did not specify which terror group the fighter belonged to, but in recent months ISIL terrorists are being returned to their home countries.

A wanted YPG/PKK terrorist was neutralized in a counter-terrorism operation in eastern Turkey, the country's Interior Ministry's said on Feb. 8.

Turkish authorities use the term "neutralized" to imply that the terrorist in question either surrendered or was killed or captured.

Terrorist Ömer Oran, also known as Bager, was on the ministry's most wanted list. 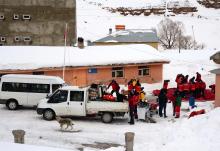 The Interior Ministry has assigned three inspectors for an investigation into death of at least 41 people in two avalanches in Turkey's eastern province of Van, according to a statement Feb. 7.
Three civil inspectors will "inquire and investigate every aspect of the two avalanche incidents," the statement said.

Unofficial information indicates that the reason for the arrests is corruption practices. More information will be provided by the Interior Ministry Secretary-General Ivaylo Ivanov and Prosecutor General Ivan Geshev in the coming hours.

In a statement, the ministry said Turkish security forces persuaded the terrorists to surrender in Şırnak province.

Turkey deported four terrorists of French nationality back to their home country on Jan. 28, the Interior Ministry announced.

The terrorists were deported as part of Turkey's ramped-up efforts to repatriate foreign terrorist fighters, the ministry said in a written statement.