A 'red notice' has been posted on Interpol's online wanted list calling on countries worldwide to arrest Milojko Kovacevic, who is accused of the forcibly removing, torturing, abusing and beating Bosniak civilians from the village of Donje Veletovo in the Visegrad area of eastern Bosnia in June 1992. 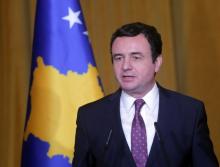 Serwer said on the occasion of Kosovo's anniversary of independence that "there are not many countries that have achieved more during the twelve years of existence".

Better known as Tataloo by his millions of fans, the musician was wanted by Iranian authorities with an Interpol red notice flagging over drug-related charges.

The Bosnian state court told BIRN that 47 people accused of committing crimes during the 1992-95 war are being sought for arrest, 25 of whom are outside the country.

Twenty-four of those who are wanted have Serbian citizenship, or dual citizenship of Serbia and Bosnia, according to prosecutors. 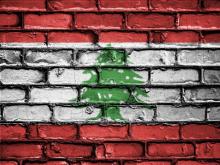 Lebanon will not extradite the former chief executive of Nissan - Carlos Ghosn in Japan, where he is facing a series of financial charges, Nikkei Asian Review agency said on Wednesday, citing a Lebanese court official.

The president of Nove Holding Vasil Bozhkov has 7 allegations raised and Interpol has released a "Red Notice" on his arrest,  Attorney General Ivan Geshev confirmed.

Part of the charges against the businessman are for the leadership of an organized criminal group, coercion, extortion, attempted bribery of an official and incitement to commit criminal offenses.

On January 15, 2000, Zeljko Raznatovic was having a drink with friends at the upmarket InterContinental Hotel in Belgrade when a man walked up to them and opened fire at close range with a semi-automatic pistol.

Raznatovic - better known around the world as the Serbian paramilitary leader Arkan - was hit by a bullet in the eye, and died on his way to hospital. He was 47.

Japanese investigators have sent a request to Interpol to include the wife of the former Nissan carmaker boss Carlos Ghosn on the international wanted list, the agency said.

"Based on the INTERPOL red-flag warrant, the Lebanese prosecution decided to impose a ban-travel on Carlos Ghosn," it said.

The decision by Judge Ghassan Ouiedat also requires Ghosn to keep authorities informed of his place of residence.