TOKYO (AP) — More than 300 people died in July from weather-related disasters in one of Japan's deadliest months in recent years.

AN EXTREME heatwave that has hit in Japan has led to temperatures as high as 40C, with the casualties climbing up as more deaths were reported.

The Japan Times reports that more than 10,000 people had been taken to hospital due to heat stroke related symptoms.

The death toll had climbed to 30, after 10 more deaths were reported on Thursday.

(CNN)Heavy rains pounded southwest Japan, triggering flooding and landslides that killed 57 people and forced 2 million others to flee their homes 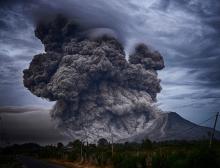 According to the JMA, the powerful eruption at Mt. Shinmoe, which straddles Kagoshima and Miyazaki prefectures, occurred at around 2:30 p.m. local time (0530 GMT) Tuesday.

Millions of people in Tokyo received a loud alert Friday that a "strong" earthquake was about to hit -- but it proved to be a false alarm apparently triggered by geological chance./dailysabah

Text messages and whooping alarms were sent to the phones of millions in and around the Japanese capital, warning: "A quake has occurred off Ibaraki. Prepare for strong jolts."

An earthquake with a preliminary magnitude of 5.3 shook eastern Japan on Thursday but there were no immediate reports of damage and a tsunami warning was not issued.

The epicentre of the earthquake, which occurred at 11:50 a.m. (0250 GMT), was in Chiba prefecture, east of Tokyo, the Japan Meteorological Agency said.

A magnitude 6.7 earthquake struck off Kyushu on the south-western coast of Japan at 5.51 a.m. (local time) on Saturday near the Sendai atomic plant. The quake had a depth of about 10 kilometers.

A violent volcanic eruption in southern Japan May 29 forced scores of people to evacuate and shot a huge column of ash high into the air. 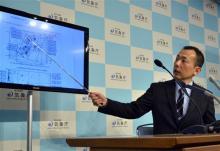 A strong undersea earthquake unleashed a small tsunami Feb. 17 off the same coastline of northern Japan devastated by a tsunami in 2011 that left more than 18,000 people dead.

The quake was followed by a series of tremors, the largest of which was magnitude 5.8, but there were no immediate reports of damage or casualties.