KM mayor reveals he was target of assassination plot


KOSOVSKA MITROVICA -- Mayor of northern Kosovska Mitrovica Goran Rakić has confirmed for the Beta news agency that he was informed of a plot to assassinate him.

Rakić said the information came from the Kosovo police.

KOSOVSKA MITROVICA - Mayor of North Kosovska Mitrovica Goran Rakic has told TV Most that the Kosovo police had informed him on Wednesday that there were preparations for his assassination.

"Some other sources have informed me that one ethnic Albanian individual has been arrested," he said, adding that he was not concerned because he had faith in the police and their efforts.

Avni Zahiti, Kosovo Police Spokesperson, told BIRN that a man was shot dead and two others were wounded in the woods near Kolloverga, a Kosovo Albanian village near the Serb-run municipality of Zubin Potok.

Albion Brahimi, one of the wounded, told Express online that the gunfire came from a person in Serbian army uniform.

Stevan Sindjelic, of the special police unit known as the Gendarmerie, died Thursday in Belgrade, after being shot by unknown attackers, reportedly illegal loggers from Kosovo.

Following his death, Nebojsa Stefanovic, the Interior Minister, said Serbia would not tolerate “terrorist attacks on its territory and the police would respond with force to any attack. 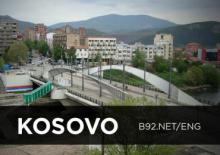 
KOSOVSKA MITROVICA -- Self-government representatives from northern Kosovo have said that EU mission EULEX is "indirectly hindering the implementation of the Brussels agreement."

KOSOVSKA MITROVICA - Local self-government representatives from northern Kosovo, which is home to Serb majority population, stated during a joint meeting in Kosovska Mitrovica on Wednesday that EULEX is indirectly hindering the implementation of the Brussels agreement.

ZUBIN POTOK - Head of the Zubin Potok municipal assembly Nemanja Jaksic said Monday that unfounded accusations and threats by EULEX that mayor Stevan Vulovic will be taken in for questioning, disturb the functioning of municipal assembly of Zubin Potok, a Serb-majority municipality in northern Kosovo-Metohija (KiM). 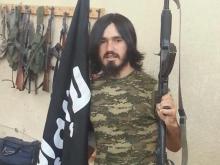 Albanian citizen Idajet Balliu, 24, was reported killed in fighting near the Syrian city of Aleppo on Friday - the latest of ethnic Albanians who have died fighting as part of various Islamic militant organisations since the Syrian conflict started.

PRISTINA - The imam of the El-Kuddus Mosque in Gnjilane, Zekerija Cazimi, 34, has been placed under house arrest by the Basic Court in Pristina on suspicion of being one of the chief instigators of the jihad in Kosovo.

The court also placed another suspect, 27-year-old Liridon Kabasi from the village of Polac in the Srbica municipality, northern Kosovo, under house arrest.