"Haradinaj is lying about that there are 40. Let them show them. I once again urge Serbs not to join that army. The only thing that army can serve for is to kill Serbs. I call on them to leave that army," said the president of Serbia. 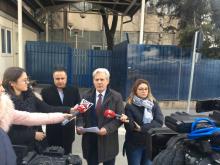 The parliamentary commission probing the highly controversial deportation of the six alleged Gulenists to Turkey in March last year said on Tuesday that it is sending a file to the prosecutor's office in Pristina detailing 31 breaches of laws and procedures.

According to this, he was attacked by a group of ethnic Albanians, sustaining light injuries.

The Kosovo police said that the incident happened in the ethnically mixed settlement of Bosnjacka Mahala, on Tuesday afternoon. The victim has been injured and has received medical treatment. 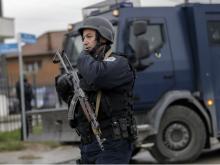 The Serbian weekly Vreme has called on the director of Kosovo Police, Rashit Qelaj, to investigate the fire that broke out in the vehicle driven by three of its journalists and a reporter of the French-language website Le Courrier des Balkans on January 4. 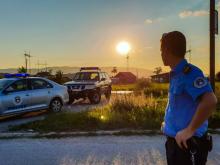 An attempted bank robbery in the Kosovo town of Istog/ Istok on Thursday, which claimed the lives of two victims, a police officer and the suspect, has highlighted concerns about the lack of life insurance for officers, which the police union has been demanding for years.

However, the Kosovo Security Force (KSF) can't, he said, according to Politika.

In an interview with the newspaper, Grasso said that "the special operations unit, which can be armed with long rifles" belongs to the Kosovo police and as such has the mandate to enforce the law throughout Kosovo "without the obligation to seek approval." 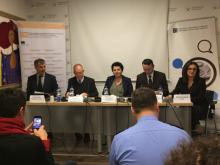 The Association of Journalists of Kosovo on Wednesday published its latest report on the freedom of media and safety of journalists which noted 16 cases of attacks reported to the authorities in 2018 - two of them physical. 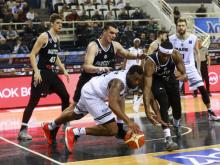 Kosovo police on Tuesday stopped the players and management of Serbian basketball club Partizan from entering the country, where they planned to support Kosovo Serbs protesting against Pristina's recent tax hike on Serbian imports.

Serbian media reported that Partizan were planning to play a friendly match with Trepca basketball club from the mostly-Serb area of northern Kosovo. 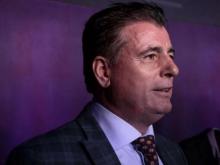 The mayor of the southern half of the divided Kosovo town of Mitrovica, Agim Bahtiri, has called an urgent meeting of the local assembly to amend the law on reunifying the city, following the resignation of his Serbian counterpart in the north of town.

The Pristina newspaper says that Nedeljko Spasojevic, one of the suspects, allowed other members of the group to leave the crime scene using a police car.

Koha Ditore writes that evidence was found on three Serbs arrested by Rosz linking them wih a fourth person connected to Ivanovic's murder.