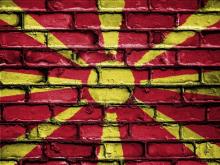 The speaker of Macedonia's parliament on Friday set April 21 as the date for presidential elections, reported Reuters.

"I'm convinced that all involved in the electoral process will give their contribution so the elections can be conducted in a fair and democratic atmosphere," Talat Xhaferi said after announcing the date.

The Former Yugoslav Republic of Macedonia's Parliament has ratified the Prespes accord and incorporated the key provisions in the country's constitution.

Moscow on Monday criticized a deal to resolve the name dispute between Greece and the Former Yugoslav Republic of Macedonia (FYROM) as a western plot to draw the Balkan country into the NATO security alliance.

Macedonia's parliament has approved a constitutional amendment to change the country's name to the Republic of North Macedonia, reports BBC News.

Prime Minister Zoran Zaev narrowly secured the two-thirds majority needed in the historic vote amid a boycott by opposition nationalists.

Protesters outside parliament denounced what they called an act of treason. 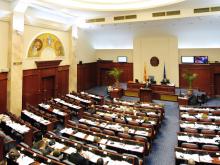 Macedonia's parliament backed all four of the government-proposed amendments on changing the country's constitution on Friday night, allowing the country's name to be changed to the Republic of North Macedonia.

All present 81 MPs from the ruling parties and from several opposition parties backed the amendments, securing the much needed two-thirds majority.

With the Former Yugoslav Republic of Macedonia's Parliament set to vote on the name deal with Greece on October 16, NATO Secretary-General Jens Stoltenberg repeated on Monday that without its ratification, the Balkan nation will not be able to join the alliance. 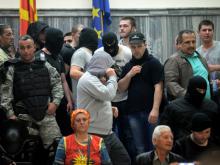 As the trial of 30 people accused of participating in the violent storming of Macedonia's parliament in 2017 continues, the Prosecution and Interior Ministry say they are still seeking the possible masterminds behind the attack. 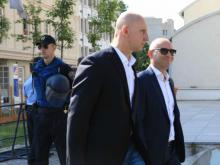 Macedonia's parliament on Monday set September 30 as the date for a referendum on changing the country's name to the Republic of North Macedonia, a high-stakes vote aimed at resolving a long-running row with Greece and clearing the path to join NATO and the EU. 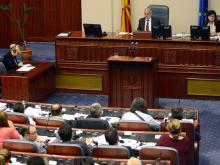 Sixty-seven of the 120 MPs in Macedonia's parliament voted in favour of the holding a referendum on the country's agreement with Greece on September 30 which - if successful - will hopefully expedite Macedonia's Euro-Atlantic integration.