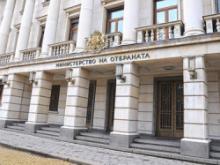 No Bulgarian medics were injured in today's terrorist attack in Mali, the press office of the Ministry of Defence said. The attack took place far from the base of the Bulgarian medics.

There is no direct threat to the area.

The team of four Bulgarian medics is in good health and performs its duties.

Albania's Ministry of Defence said on Thursday that it has opened criminal proceedings against four officers who failed to return home from a training mission in the United Kingdom, apparently prferring to live in the UK as illegal immigrants than enjoy a career in the armed forces of Albania. 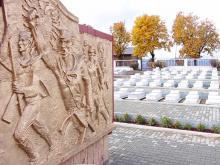 Albania has decided to restore its long abandoned 22 national cemeteries, which contain the bodies of thousands of people who lost their lives fighting Italian and German occupation forces during World War II.

BELGRADE - All six MiG-29 jets donated to Serbia by Russia will become fully operational in 2018 after upgrades that will primarily improve their navigation and communication equipment pursuant to the ICAO standard, Tanjug learned at the Ministry of Defence on Monday.

One of the planes has been sent back to Russia for an overhaul, while the rest require only running maintenance.

Bulgarian Health Minister Nikolay Petrov has resigned, the government press service announced, one day after an investigation on BTV, one of Bulgaria's main TV channels, revealed that as a head of the Military Medical Academy - a position he occupied before becoming a minister - Petrov signed contracts for 1.6 million leva [around 600,000 euros] for medical items with a company owned by the par

BELGRADE - A memorial march and a concert by a Ministry of Defence orchestra marked the 73rd anniversary of the WWII liberation of Belgrade on Thursday.

Serbia's foreign policy goal is to maintain the status of a militarily neutral country, the Ministry of Defence said in a statement.

Britain’s F-35B fighter jets currently cost around $123m each – and British officials are quite content that the only engine overhaul facility for the stealth aircraft’s engines is located in Turkey. 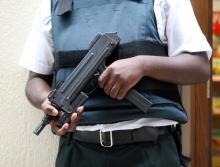 British police arrested four men on Tuesday, including some serving soldiers, on suspicion of belonging to a banned far-right group and planning terrorist acts, reported Reuters.

The men, aged 22 to 32, were detained on suspicion of being involved in the commission, preparation and instigation of acts of terrorism and of being members of the National Action group.