Montenegrin website editor Gojko Raicevic was released on Wednesday after being summoned for a police interview for publishing recordings of the telephone conversations of a former ambassador to Russia, Milan Rocen.

The High Court in Podgorica on Wednesday sentenced Vlado Zmajevic to 14 years in prison for war crimes against the civilian population.

Zmajevic, who was part of Yugoslav Army forces fighting in Kosovo, was found guilty of the murder of four Albanian civilians in the village of Zegra near Gnjilane in Kosovo during the war in 1999.

Medojevic was taken from the Assembly to the Spuz prison, near Podgorica.

Medojevic was jailed on the order of the president of the Higher Court Boris Savic, because he has been for several months refusing to give a statement in a case against him.

As stated, this was done due to their alleged activity against the constitutional order and safety of Montenegro, and for inciting national, racial, and religious hatred. 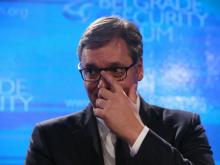 After media reported on Thursday that Montenegrin police have barred four Serbian cultural, academic and legal figures from entering the country, Serbian President Aleksandar Vucic condemned the decision and vowed to respond.

According to the Montenegrin police, 20-year-old, whose initials are S.V., has been arrested and taken before a prosecutor in Kotor.

The Belgrader is suspected of committing the criminal act of attacking an on-duty official person.

The value of the drugs in the illegal market amounts to 65 million euros.

According to Enis Bakovic, a high ranking official of the Montenegrin police, the Panamamian-flagged ship Remus was stopped last week near Italy's waters on suspicion that narcotics were being smuggled aboard the vessel. 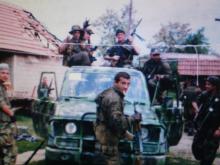 After four years on the run, Montenegrin police have arrested Predrag Vukovic, a former Serbian fighter accused of committing war crimes in the Kosovo village of Ljubenic in 1999. 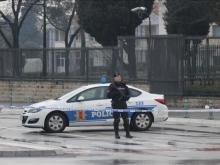 Montenegrin police said on Thursday that the man who threw a grenade into the US embassy compound in Podgorica and then killed himself had no criminal record and that the attack was not an act of terrorism.

The US State Department also said on Thursday that it doesn't believe that an attack on the American embassy in Montenegro "is part of an ongoing threat".