Movement for Rights and Freedoms (MRF)

A Trend survey commissioned by the 24 Chasa newspaper, dedicated to the attitudes of Bulgarians towards the main political forces in the country, shows that the political formation headed by former caretaker ministers Kiril Petkov and Asen Vassilev currently has the support of 9 per cent of voters, while GERB is regaining its leading position with a significant lead.

President Rumen Radev announced, over the weekend, that the presidential election and the election for parliament would take place simultaneously - on 14 November. And even though there are just two months to go until them, the leading political players in the country are not disclosing the names of their candidates for president as yet.

The formerly ruling GERB party would win if early elections were held now, as support for There Is Such a People (TISP), the largest parliamentary force, slipped by about 5 percentage points in a month, according to an August 13-22 nationally representative survey among 1,055 people aged 18 or over. It was financed and conducted by bTV and Market Links.

With 137 votes for, one against and 99 abstained, Iva Miteva from ITN ("There Is Such a People") was elected President of the 46th National Assembly.

The political forces represented at the 46th National Assembly held a technical meeting to discuss the agenda of the first plenary sitting convened by this country's President Radev on July 21, informs the reporter of the Bulgarian National Radio Maria Fileva. The political forces have already distributed their seats in the plenary hall, as well as the procedures for nomination of Speaker and D

The leader of "There Is Such a People" (TISP), Slavi Trifonov, commented on the July 11 elections results on Facebook: Today was a good day for Bulgarian democracy because these elections were the fairest so far. 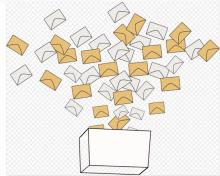 At least 6 political parties will enter the next Parliament. The margin between the GERB-UDF and anti-establishment "There is Such a People" party is small, a survey by Trend polling agency showed on June 22.