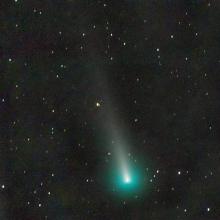 Peering into deep space and billions of years back in time, the James Webb telescope promises to offer the clearest glimpse yet of the Universe's cosmic dawn, when the earliest galaxies began to form.

The largest and most powerful telescope ever to be launched into space, which will take over from Hubble, will "directly observe a part of space and time never seen before," says NASA. 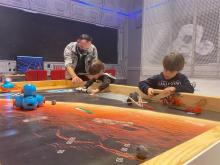 The NASA Space Adventure Exhibition, which has been visited by more than 4 million people in 12 countries in four years, is now open to visitors in Istanbul's Ataşehir district.

Established by HUPALUPA Expo on an area of 2,300 square meters in Metropol Istanbul Mall, the exhibition hosts more than 200 works, including life-size works that have witnessed NASA space missions.

A total solar eclipse plunged Antarctica from summer into darkness early on Dec. 4 in a rare astronomical spectacle witnessed by a handful of scientists and thrill-seekers - and countless penguins.

Objects throughout the galaxy have changing magnetic fields that produce radio waves, according to NASA

Sarajevo City Council on Wednesday voted to erect a monument to the mostly ethnic Serb civilian victims of the wartime Kazani Pit killings, but rejected a proposal by the Nasa Stranka party to name their killers on the inscription.

Billionaire Jeff Bezos intends to build a private space station. It is expected to be almost as big as the International Space Station.

Jeff Bezos' Blue Origin on Oct. 25 announced it wants to launch a space station that will house up to 10 people in the second half of the decade, as the race to commercialize the cosmos heats up.

A quote by the Turkish Nobel laureate Orhan Pamuk was launched into space on a NASA space probe earlier this week, the author's publisher said on Oct. 18.