Ljubljana – The government adopted and filed to parliament on Friday a bill to reform the model of management and oversight at RTV Slovenija to reduce what is perceived as political meddling with the public broadcaster. This comes after RTV journalists recently went on strike twice demanding editorial autonomy.

Ljubljana – Jana Ahčin, a former director of the Financial Administration (FURS), was appointed Court of Audit president in a secret vote in the National Assembly on Friday in which she received 60 votes. She will take over for nine years as the court’s first woman president, replacing Tomaž Vesel, whose term expired at the end of May.

At 5:00 p.m., the procedure for handing over the first mandate to form a new government within the framework of the 47th National Assembly by President Rumen Radev to the largest political group in the parliament - "We Continue the Change" - began.

"GERB-SDS will not conduct any talks to support a government within this parliament with any mandate", the chairwoman of the parliamentary group Desislava Atanasova told journalists on the sidelines of the National Assembly. "We believe", she pointed out, "that it is right to have early parliamentary elections as quickly as possible". 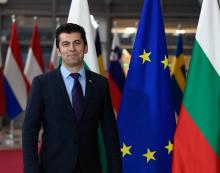 Bulgaria will not fulfill the ultimatum set yesterday by Russia - to revise its decision on the expulsion of 70 people - diplomats and employees from Moscow's missions in our country.

"Today, we will submit a report to the prosecutor's office about Petkov's abuse of office", the leader of "Vazrazhdane," Kostadin Kostadinov said in the National Assembly.

The discount of 25 cents for fuel was accepted by the National Assembly. However, what does it mean for the operation of gas stations, commented Georgi Tenev, a lawyer at the Association of Fuel Dealers in Bulgaria.

Ljubljana – The National Assembly launched on Thursday a parliamentary inquiry into suspicions of illegal financing of “party political propaganda in the media with funds of state-owned companies, state institutions or foreign institutions or entities” targeting media owned by or linked with the SDS. 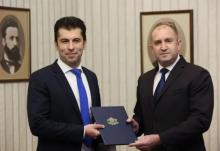 On July 1, at 5 p.m. on Dondukov 2 Street, the head of state Rumen Radev will present a mandate to the candidate for Prime Minister, nominated by the largest parliamentary group in the 47th National Assembly - that of "We Continue the Change", for forming a government within the current parliament. This was announced by the presidency today.

"It became clear that the work on the issue of expelled Russian diplomats has not been conducted recently, but started in March - there are reports, then 3 reports from SANS, then the Security Council with all services", said the resigned Prime Minister Kiril Petkov today in the corridors of the National Assembly after negotiations with the BSP parliamentary group.