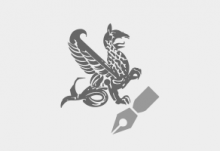 Neither the disputes between Athens and Ankara nor the migration crisis can be solved by sheer determination on behalf of the ruling New Democracy party.

Straight on the heels of a Greek 10-year bond issue with a record low one percent yield (compared to 45 percent one decade ago), Bloomberg is singing the praises of the prospects of the Greek economy and government and touts the once unthinkable possibility of Greek bonds returning to investment grade (even though they are still at the junk level).

Greece's prime minister announced on Jan. 15 his nomination of one of the country's top judges, Katerina Sakellaropoulou, as its next president.

In a televised address on state-run channel TV ERT, Kyriakos Mitsotakis said the next president would have to incorporate the nation's unity, as well as have a sense of duty, knowledge, prestige and international experience. 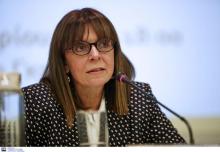 Costas Karamanlis' recent talks in Thessaloniki and London have triggered a lot of discussion. This was only to be expected given the suddenness of his reappearance; a lot was written and said about the matter, and many questions were raised. Meanwhile, the former conservative prime minister's supporters were delighted by his presence on the political scene.

Governments must break eggs at the beginning of their term in office. Bold reforms must be introduced before the onset of political fatigue as political time starts to accelerate. In crafting his political brand, Greece's conservative Prime Minister Kyriakos Mitsotakis adopted several progressive ideas that perhaps don't always reflect the established beliefs of his New Democracy party.

Former Prime Minister Costas Karamanlis warns that Greece faces major challenges ahead, in the escalation of Turkey's challenge to its sovereignty, the migration issue, Europe's reluctance to assume a leading role, US unpredictability and what he termed as "major weaknesses" of the Prespa Agreement with North Macedonia.

In a tweet marking the first 100 days of his conservative administration, Greek Prime Minister Kyriakos Mitsotakis on Wednesday vowed to work hard to improve people's lives.

At his first meeting with his Macedonian counterpart Zoran Zaev in New York, the new Prime Minister of Greece, Kyriakos Mitsotakis, said he would never have signed the historic 2018 deal with Macedonia - but would honour it nevertheless.

A group calling itself "Comrades for the Diffusion of Exachia" has claimed responsibility for a barrage of attacks on banks and on offices belonging to the ruling New Democracy party in different parts of Athens on Monday.