Greece has sent a letter to the Nobel Committee to nominate the European Court of Human Rights (ECHR) for the 2020 Nobel peace prize.

At the moment when Austrian writer Peter Handke received the 2019 Nobel Prize in Literature in Stockholm yesterday, his opponents protested sharply. In a sea of tumultuous reactions challenging the decision of the Nobel Committee, the gesture of a certain Swedish physician, Christina Doctare, stood out.

Two Bosnian war victims' groups, the Association of Victims and Witnesses of Genocide and the Mothers of Srebrenica, held a small protest on Tuesday outside the Swedish embassy in Sarajevo to express anger about a letter from the Nobel Committee defending the award of this year's prestigious literature prize to Austrian author Peter Handke.

Austrian writer Peter Handke, winner of this year's Nobel Prize for literature, confirmed on Thursday evening that he was given a Yugoslav passport in 1999 when the country was under the rule of Slobodan Milosevic.

The decision was an administrative one but the timing was a boon for Poland's ruling Law and Justice party (PiS) ahead of the vote.

Then, just as the illiberal populists thought they had the upper hand, Poland's liberal democrats got a boost from news that feminist author Olga Tokarczuk had won the Nobel Prize for literature. 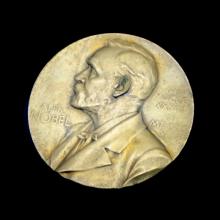 The 2019 Nobel Peace Prize was awarded to Ethiopian Prime Minister Abiy Ahmed, the Nobel Committee announced on its website.

The decision to award this year's Nobel Prize for literature to Austrian author Peter Handke, alongside Polish novelist Olga Tokarczuk, has sparked angry reactions because of Handke's past support for Slobodan Milosevic's regime.

Kosovo's ambassador to the United States, Vlora Citaku, described the decision as "preposterous and shameful". 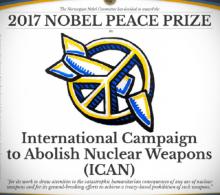 The committee states that the campaign receives the prize for its work to draw attention to the potential catastrophic consequences for mankind of the use of nuclear weapons and its efforts to achieve a ban on such weapons on the basis of a contract. 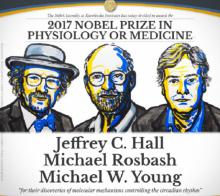 The Nobel Prize for Medicine for 2017 is given to three Americans - Jeffrey Hall, Michael Rossbach and Michael Jung for their molecular studies that control circadian systems, reports WebCafe.

Hall and Rossbach work at Brandy University, while Michael Jung is from Rockefeller University.

Singer and songwriter Bob Dylan admitted in the Nobel Prize speech he penned that he was always so caught up in his musical endeavors that he had never stopped to consider whether his lyrics had any literary merit.