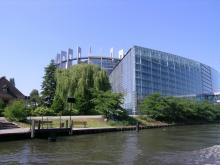 The European Parliament is discussing the current situation around the UK's withdrawal from the European Union. After two and a half years of negotiations - the Brexit scenario remains bargain-free.

31 October - the day on which Britain has to leave the EU already seems so close. The ticking clock - the final handshake seems still impossible.