It might be the short, pleated kilts, tasseled black garters and pompom-tipped shoes, but there's something more endearing than intimidating about Greece's best-known military unit, the Presidential Guard.

Which helps explain why they are one of Athens's most popular tourist attractions, vying for camera clicks with the millennia-old ruins of Greece's Golden Age.

"Its not at all simple. There is still a lot of hatred but we need to overcome it and try to find a compromise," Vucic said, and continued:

"If you ask me whether I am optimistic, I am not. But we're still going to invest large amounts of effort to reach a compromise. I cannot guarantee that the other side will do the same."

On this date (May 6), Bulgaria celebrates the Holy Martyr George the Victorious each year.

He is one of the most revered saints, a martyr of Christ's faith in the Eastern Orthodox Church.

Easter is the principal festival of the Orthodox Church. In the bible, it is the day when Mary Magdalene found that an empty tomb in the cave in which Jesus had been placed following his death by crucifixion on the Friday before.

Orthodox Christians in Bulgaria and around the world mark on April 2 Holy Monday - the first day of the most important week in the church calendar, the Holy Week leading to Easter.

Today, the Orthodox Church celebrates the Christian holiday of Tsvetnitsa(Flower's Day). It is traditionally always a week before Easter and is one of the important spring holidays. It is dedicated to the solemn reception of Jesus Christ in Jerusalem with olive and laurel twigs. 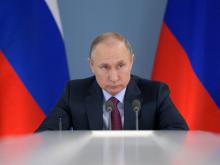 A survey conducted by the Serbian newspaper Politika of the most trusted foreign politicians puts Russian president Vladimir Putin in first place by a wide mark, with the support of 58 per cent of respondents.

German Chancellor Angela Merkel came second, with 42 per cent saying they trusted her most. 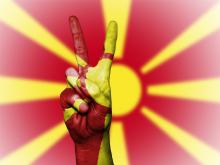 A crowd of 5,000 took part in a protest in the centre of Skopje on Tuesday night, demanding that the immediate suspension of talks with Greece over the name dispute in New York under the UN auspices.

The protest, organised by extreme nationalist groups of the FYROM diaspora, started from the EU offices in Skopje and ended in front of the country's parliament, Protothema reports.

A four-million-euro mosaic depicting Jesus Christ inside the world's second largest Orthodox church was unveiled in Belgrade on Feb. 22.

The Russian Ministry of Foreign Affairs announced this, adding that while in Belgrade, Lavrov will speak with Serbia's top officials.

The Russian minister will also unveil a mosaic installed in the dome of St. Sava Temple, the work Moscow-based artist Nikolai Mukhin.