There have been some positive developments. In 2019, the Moldovan LGBT rights group Genderdoc-M successfully held a Pride march in the capital Chisinau, though, unfortunately, participants had to be accompanied by police escort.

Ankara on Dec. 2 rejected a statement by the so-called parliament of the Assad regime, targeting Turkey's  territorial integrity.

Candidate for the post of President of the Syrian Arab Republic, Bashar al-Assad and his wife cast their votes at a polling station in the Municipality Council of Douma city in Damascus countryside. 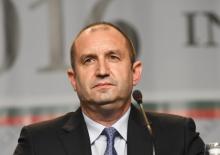 Head of State Rumen Radev goes on a two-day official visit to the Republic of Serbia at the invitation of President Aleksandar Vucic. They will talk about Serbia's European perspective, promoting economic development and improving access to health and education in the areas where the Bulgarian national minority lives.

The lawmakers at the congress of the People's Assembly voted to lift the restrictions on the presidency in the country, which opens the way for the life-long management of the head of state, Xi Jinping, reports bgnes. 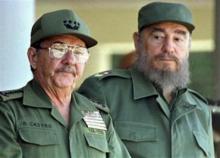 The President of the State Council and the Council of Ministers of Cuba, Raul Castro, confirmed to Parliament that he would withdraw from office in April 2018.

Bulgaria is to hold early elections on October 5 and is to have a caretaker government after President dissolves Parliament in August, the county's head of state announced.

After political consultations at the Presidency attended by most of the major parties, it was decided that no other government would be sought within the current legislature.