"One crow pecked me on the head and the other attacked me in the back of my leg, I felt a blow as one bird continued to chase me, the pain was quite strong, my calf was cramping and I went straight to Pirogov emergency hospital," relates on BNR Andronika Martonova, an art historian and associate professor at the Institute for Art Studies of the Bulgarian Academy of Sciences.

The total number of laboratory-confirmed cases of coronavirus infection in Bulgaria is 2069. The number of cured people is 499. 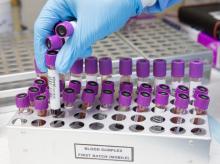 New, stricter rules have been introduced at Pirogov Hospital because of the coronavirus. Patients without a PCR test for COVID-19 are now not accepted. The goal is to limit the spread of the virus among staff, Nova TV reports. The tightening of the measures came after dozens of medics tested positive for the coronavirus. 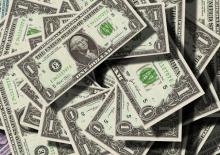 There are many generous donation to fight COVID-19 in Bulgaria. Many Bulgarian and US companies have showed solidarity to Bulgarian Hospitals and initiatives. See some of them below:

At an extraordinary briefing by the Council of Ministers, Prime Minister Boyko Borisov announced two more cases of coronavirus in the country. This time they are in Sofia. With them, people in the country become 6.

45-year old woman was hit by a public transport bus 83 at the intersection of Krasno Selo, according to the Sofia Interior Directorate, DarikNews reported.

The woman was crossing at a red light. She was immediately taken to Pirogov Hospital.

There is an ambulance and police at the scene. Traffic is blocked, trams are stopped.

Telenor Bulgaria held its second 5G trial during which three couples of amateur cooks were monitored and helped remotely by chef Andre Tokev from Burgas. The chef was mentoring the amateur-cooks over 5G  through VR glasses and a live video feed captured with a 360-degrees camera placed in the kitchen in his restaurant in Sofia where the amateur cooks prepared food.

A car has hit four young people aged between 15 and 17 near the Georgi Asparuhov Stadium in Sofia, after which it fell in the Perlovska River, the Ministry of Interior announced.

Three girls and a boy were injured. They are placed in Pirogov Hospital without immediate danger to their lives, they said. Two of the girls have been injured in falling from a height.

A man is at risk for his life after he was attacked and stabbed with a knife the night before Tuesday in front of a block of flats in the Lyulin 7 quarter of Sofia, mediapool reported. Police and ambulance teams were sent to the site. The injured person was taken to Pirogov Hospital in a severe condition. The reasons for the attack are unknown. 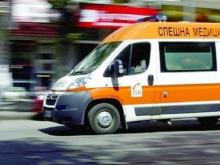 Six new outpatient emergency centers will be opened in Zemliyane, Pirogov Hospital and Diagnostic and Consultation Centers - 5, 12, 23 and 24.

This was told to journalists by the director of the Emergency Medical Center Sofia-city Dr. Georgi Gelev. He attended with the Minister of Health Kiril Ananiev the opening of an Emergency Aid Branch in Bozhurishte.