By laying wreaths and flowers, the Croatian State Summit and representatives of Jews, Serbs, Roma and anti-fascists living in Croatia, today paid tribute to the victims of the Ustasha Jasenovac concentration camp in World War II.

Novosti started 20 years ago solely as a weekly newspaper for Croatia's Serb ethnic minority, but as its profile and impact have grown, so have the pressures that its staff have had to face.

The ethnic Albanian vice-president of the Montenegrin parliament, Genci Nimanbegu, has claimed that Albanians, who make up about 5 per cent of the  country's population, remain discriminated against in the public sector, pointing as an example to the small multi-ethnic municipalities of Plav and Gusinje.

A defence witness in the war crimes retrial of former Serbian state security officials Jovica Stanisic and Franko Simatovic said on Tuesday that the State Security Service, SDB, that they led was not involved in establishing a training camp in a Serb breakaway statelet in Croatia in 1991.

Police arrested two people on Sunday on suspicion that they participated in an attack earlier that day on a group of five younger people in Supetar, a small town on the Croatian island of Brac.

The young people who were attacked were Croatian citizens doing seasonal work on Brac, among them two Croatian Serbs. They sustained minor injuries as a result of the incident.

Sunday's ethnic minority council polls in Croatia risk being overshadowed by the European Parliament elections - but Jelena Nestorovic of the Serbian National Council says Serbs must vote if they want to build a pluralistic society.

The Serbian National Council, which represents Croatia's Serb minority, and the Youth Initiative for Human Rights NGO organised a trip to the former Stara Gradiska and Jasenovac camps on Sunday on the anniversary of the execution of Nada Dimic, a member of the anti-Ustasa resistance movement in WWII. 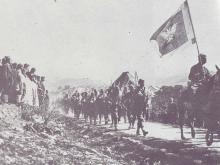 The Serbian National Council, the body representing Serbs in Montenegro, on Thursday asked permission to use the main hall of the Montenegrin National Theater to celebrate the unification of Serbia and Montenegro - an event that the government believes should not be celebrated at all. 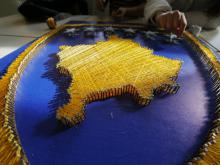 The Democratic Front and the Serbian National Council, which represent the Serbian community in Montenegro, on Monday said they would launch a petition to annul Montenegro's decision to recognize Kosovo's independence.