Greek police said Tuesday they registered 163 traffic violations during inspections conducted on Monday night to prevent and tackle the problem of cars and motorcycles racing on the Athens-Sounio coastal avenue in the southern Attica region of Varkiza. 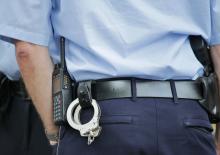 Strict security measures are being taken by the Interior Ministry during the upcoming May 1 holiday weekend, the heads of the Security Police and Traffic Police departments said during a briefing on April 30.

Road accidents increased by 16.6 percent year-on-year in January, according to figures released by the Traffic Police recently.

A total of 788 accidents were recorded in January of this year compared to 676 during the same last year, according to the data, which showed that road fatalities rose to 49 compared to 44 in the same period of 2019, an increase of 11.4 percent.

The crowding reported at the entrance to Romania shifted from the Nadlac II Border Crossing Point (PTF) to the Nadlac I PTF where, on Friday morning, the waiting time was four hours.

Nineteen drivers have been fined for gathering to drift their cars despite strict precautions against the coronavirus outbreak in the resort province of Antalya.

Traffic police units determined that a crowded group gathered for entertainment purposes in the Kepez district and 19 drivers were drifting their cars.

Traffic police targeting so-called antisocial traffic violations issued more than 1,500 tickets for the owners of vehicles found to be blocking access to wheelchair ramps earlier this month, the Hellenic Police (ELAS) said in an announcement on Wednesday.
The crackdown was carried out between March 2-8 in different parts of the country.

A 7-year-old girl was in critical condition at an Athens hospital over the weekend after a motorist lost control of his vehicle in the early hours of Friday in the Athens neighborhood of Gyzi and hit the girl while she was walking with her grandmother on the sidewalk.

The number of recorded violations by motorists hogging traffic lanes that are reserved for buses in Athens skyrocketed 1,324 percent in January compared to the same month last year thanks to increased policing and surveillance along these routes, the Hellenic Police (ELAS) said on Monday.

Bulgarian police has launched a special countrywide operation against speeding today, which will last until 7 February, said the press office of the Veliko Tarnovo Directorate of the Ministry of Interior, quoted by Focus News Agency

Illegal parking on wheelchair ramps remains among the most common traffic violations, according to the Traffic Police. Out of 11,253 violations recorded on December 2-8, 639 saw drivers fined for parking on ramps for the disabled.