Turkish and Ukrainian officials gathered in Ukraine's capital to address ways to enhance strategic cooperation in the defense industry.

The seventh edition of Turkey-Ukraine Defense Industry Cooperation meeting was held in Kiev, where steps to be taken for armament and military equipments were discussed, according to a statement from Ukrainian Defense Ministry on Jan. 24.

NATO's large international based military command "Rapid-Trident-2017" started at the Yavorov polygon in the West Bank's Lviv region. There is the International Center for Peacekeeping and Security at the National Academy of Land Forces, TASS reported, citing a statement from the Defense Ministry in Kiev.

Two Turkish warships have dropped anchor at the port in the Ukrainian city Odessa on April 3 for a stay of two days.

The two frigates - the TCG Salih Reis (F-246), which is a Barbaros-class frigate, and the TCG Bart?n (F-504), which is a B-class corvette - have anchored in Odessa within the concept of partnership between the Ukrainian Defense Ministry and the Turkish General Staff.

Kiev accused of moving artillery in violation of ceasefire

LUGANSK -- Ukrainian forces have been accused of violating the Minsk agreement by sending 200 pieces of artillery during the night to the Stanica-Luganskaya area.

The announcement was made on Friday by the authorities of the self-proclaimed People's Republic of Lugansk (LNR).

DONETSK -- Seven Ukrainian soldiers died in the fighting in eastern Ukraine during the past 24 hours, the Ukrainian Defense Ministry has announced.

24 others have been injured, the AFP agency said. 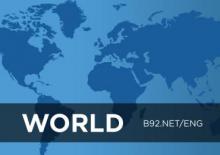 DONETSK -- A number of people died on Thursday morning in Donetsk when a tram stop was shelled, while dozens more were injured.

The Russian media initially reported that the number of victims was 13, revising it to 9 later in the day.

Kiev authorities have announced large-caliber artillery is to be drawn away from the country's Donbass region starting after December 26, Friday.

This will serve the purpose of setting up a 30-km safety zone, according to Russian news agency TASS, which cites the Ukrainian Defense Ministry's press office.

Ukraine’s Defence Ministry claims that the militias in Luhansk have shot down Ukraine’s Il-76 military aircraft.

At least 49 people were on board, the CNN reports citing Ukraine’s military sources.

An Il-76 plane which was carrying troops for the purpose of regular rotation was shot down when landing at Luhansk airport on the night from June 13 to 14.

A Ukrainian naval officer was shot by a Russian soldier on the Crimean peninsula, Ukrainian Defense Ministry has claimed.

Ministry officials, as quoted by Ukrainian news agency UNIAN, said that a sailor had been preparing to leave Crimea, which recently joined the Russian Federation, when a Russian soldier fired at him on Sunday night.