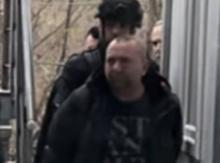 PRISTINA - A basic court in Pristina on Thursday extended by two months the house arrest for Dejan Pantic, a Kosovo-Metohija Serb who is a former Kosovo Police officer.

In a statement, the court said a preliminary proceedings judge had granted a request by the special prosecutor's office that Pantic's house arrest be extended until March 9, Pristina's Koha ditore reports. 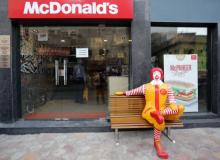 The main reason for this move is that the Central Asian country was left without a replacement for Russian meat supplies, according to American Bloomberg.

The world's largest fast-food chain will pull out of the country of 20 million people bordering Russia after just six years.

The Peoples' Democratic Party (HDP) will not be granted financial aid by the state for the year 2023 until the Constitutional Court finalizes the court case against the party that seeks its closure due to alleged links to the terror organization, the top court has said.

Three more suspects have been arrested in the investigation launched into the assassination of the former head of the ultra-nationalist group, Grey Wolves, bringing the total number to six.

A 14-year-old determined to be behind the wildfire in the southern province of Antalya's Manavgat district has been sentenced to seven years in prison.

The fire started in Manavgat on July 28, 2021, was extinguished on the 10th day. The Manavgat fire was recorded as the biggest forest fire in Türkiye.

"Romania has no chance of entering Schengen in 2023", said the leader of the Romanian People's Movement Party (PMP) and member of the European Parliament, Eugen Tomac, in an interview with Radio France Internationale (RFI). According to him, the government in Bucharest should consider suing the Court of the European Union, BTA reported.

A businesswoman from southeast Türkiye, who won a 4.5 million Turkish Liras ($240,820) jackpot in Turkish Cyprus in 2016 but was not paid due to "technical malfunction in the machine," has won a six-year legal battle when the court ruled that the prize be paid with statutory interest.

Four cruise lines have been sentenced by a US judge to pay a total of nearly $450 million for having used a Havana port nationalized by the Cuban government in 1960.

Elon Musk took control of Twitter and fired its top executives late on Oct. 27 in a deal that puts one of the leading platforms for global discourse in the hands of the world's richest man.

Following the takeover, Musk tweeted that the "the bird is freed," referencing the company's iconic avian logo. 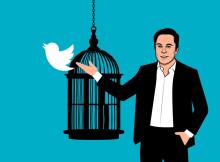